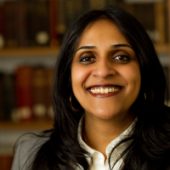 Tanisha Ramachandran earned her Ph.D from Concordia University, Montreal, Canada. She has published in various journals including Canadian Women’s Studies/ les Cahiers de la Femme, and Material Religion and has given numerous talks on issues pertaining to race, sexuality, colonialism, feminism as it relates to religion. Her current research examines how material objects and visual markers – hijabs, turbans, and bindies—are deployed or function in the racialization of religions in the US and Canada by examining acts of violence/vandalism perpetuated against Hindus, Muslims, and Sikhs and their houses of worship: temples, mosques, and gurdwaras, respectively. 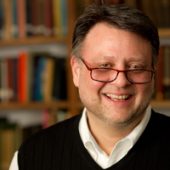 Stephen B. Boyd, M.Div., Th.D. Harvard Divinity School, is the J. Allen Easley Professor of Religion at Wake Forest University. He teaches courses on the history of Christianity and Christian thought, gender studies, and religion and public life. He has been awarded The Don Schoonmaker Faculty Prize for Community Service (2005) and the The Reid Doyle Prize for Excellence in Teaching (1989). He has authored Pilgram Marpeck: His Life and Social Theology (Duke University Press, 1992); The Men We Long to Be (Harper San Francisco 1995 & Pilgrim Press, 1997); and (editor) Redeeming Men: Religion and Masculine Identity (Westminster/John Knox, 1996). His most recent book, Making Justice Our Business: The Wrongful Conviction of Darryl Hunt and the Work of Faith (Wipf & Stock, 2011) deals with race, religion and the criminal justice system. He has also served as co-chair of the Men’s Studies in Religion Group of the American Academy of Religion, President of the American Men’s Studies Association, and was a founder of Communities Helping All Neighbors Gain Empowerment (C.H.A.N.G.E.) in Winston-Salem. 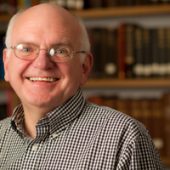 Dr. Hoglund has taught at NC State University, NC Wesleyan College, Duke University, and UNC-Chapel Hill prior to joining the faculty at Wake Forest University in 1990. He was co-researcher along with Profs. Eric and Carol Meyers at the site of Sepphoris in the Galilee as part of the Joint Sepphoris Project. He has held a number of leadership roles including past American Schools of Oriental Research-SE President, and Society of Biblical Literature-SE President. Since 2009 Dr. Hoglund has served as the Executive Director of the SE Commission for the Study of Religion. He frequently lectures within the community on various topics related to Biblical Studies and Religion. He is a licensed amateur radio operator and is deeply engaged in training with other operators to be prepared for public service in an emergency, and is the Assistant Emergency Coordinator for Forsyth County for the SKYWARN network. 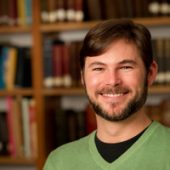 Dr. Johnston’s interdisciplinary educational background includes degrees in Religion and Nature (PhD), Environmental Ethics (Graduate Certificate), Theology (MA), and Psychology (BA). His research focuses on the relationships between biocultural evolution and religion, with particular attention to environmental social movements and cross-cultural political dialog related to ideas about nature. He is the author of Religion and Sustainability: Social Movements and the Politics of the Environment (2013), co-editor of Science and Religion: One Planet, Many Possibilities (2014), and editor of Higher Education for Sustainability: Cases, Challenges and Opportunities Across the Curriculum (2012).

He is currently the Director of the Environmental Program

He currently serves as Co-Editor for the Journal for the Study of Religion, Nature, and Culture. 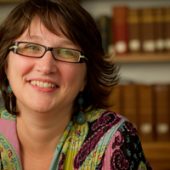 Lynn S. Neal earned her Ph.D. in Religious Studies from The University of North Carolina at Chapel Hill. She teaches courses in American religious history, religion and popular culture, and religious intolerance. She is the author of Romancing God: Evangelical Women and Inspirational Fiction (2006), and “Evangelical Love Stories: The Triumphs and Temptations of Romantic Fiction.” She is also the co-editor, with John Corrigan, of Religious Intolerance in America: A Documentary History (2010), and has published other works on this topic, including “Intolerance and American Religious History,” and “They’re Freaks!: The Cults Stereotype in Fictional TV Shows, 1958-2008.” Her current research examines the intersection of religion and fashion. 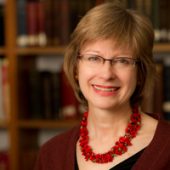 Nelly van Doorn-Harder was born and raised in the Netherlands where she earned her PhD on the topic of women in the Coptic Orthodox Church of Egypt at the Vrije Universiteit of Amsterdam. Before moving to the USA she was director of a refugee program in Cairo, Egypt, and taught Islamic Studies at universities in the Netherlands (Leiden) and Indonesia (Yogyakarta).